about the project
the brazilian house museum (mcb) design award is the most tradicional design competition in brazil, running a yearly event since 1986 to celebrate the best professionals and companies of the field.
the award is divided in two parts: the poster competition and the product design and written works premiation. the first part happens at the beginning of every year to select the poster that will give the visual identity of the edition. the winning project receives an award for the poster and a contract to develop the visual communication of the edition in collaboration with the design staff of the MCB.
in 2018, at the 32º edition of the award, I applied in the poster competition and won at first place. during the year i worked with the MCB in the graphic design campaign of the exhibition, which took place in november of the same year.
my roles
winning poster
illustration
graphic design campaign
contribution
graphic design campaign in collaboration with MCB design staff
illustration inspired by a photography of Antônio Melcop
recognitions
brazilian house museum design award - winner of the poster competition (2018)
ADG brazlilian graphic design biennale (2019)
links
catalog (portuguese)
catalog (english)

history
running since 1995, the poster competition results in a collection of images that represents part of the brazilian graphic design moments and styles.

the subscription
since 2008 I have followed the MCB design award and has inspired by the posters and graphic style throughout the years. because of that I had some analysis and ideias that gave me the conceptual background to my proposal. first, the event has an intrinsic relationship with objects that were naturally reflected in the posters, and the most iconic object in product design is, of course, the chair. this can be clearly seen in the recurrent use of the chair as the main theme in the award's posters history. i thought that being a part of this group was something I would like to do. the second pillar to my ideias was the use of the human figure that, for the last years of the event, were not as present in the narrative of the posters as I thought it could be. this was a fundamental thing for me because of the brazilian context of the period that, in my opinion, needed to talk about people and not simply objects.
in 2018, at the 32º edition of the event, I had an impulse to apply in the poster competition and subscribed with a collection of the three posters. they were kind of a system, showing the same graphic design with three different illustrations in the same style, all of them reflecting about this one theme: the habit of sitting down.
the judging committee was coordinated by photographer and designer Gal Oppido and composed by Flávia Nalon and Chico Homem de Melo, with extensive experience in graphic projects, and urban artists Luís Bueno and Gabriel Ribeiro.
they choose one of the three posters I subscribed and, in Gal Oppido's comment: “In the image it is possible to see the primary colors within a post-impressionist pop construction generated from the repetition of chromatic modules, which result in a piece with high visual performance”

graphic design campain
after the winning disclosure, I worked with the MCB design staff for 3 months in the pieces used throughout the campaign of the event. Beside the posters, we created a flyer, certificate, magazine ad, regulament guide, web banners, invitation and the year book of the premiation.
all the pieces followed the visual guide created in the posters, using the illustration as main narrative, followed by the use of the primary colors, the repetition modules and finished by Helvetica font. 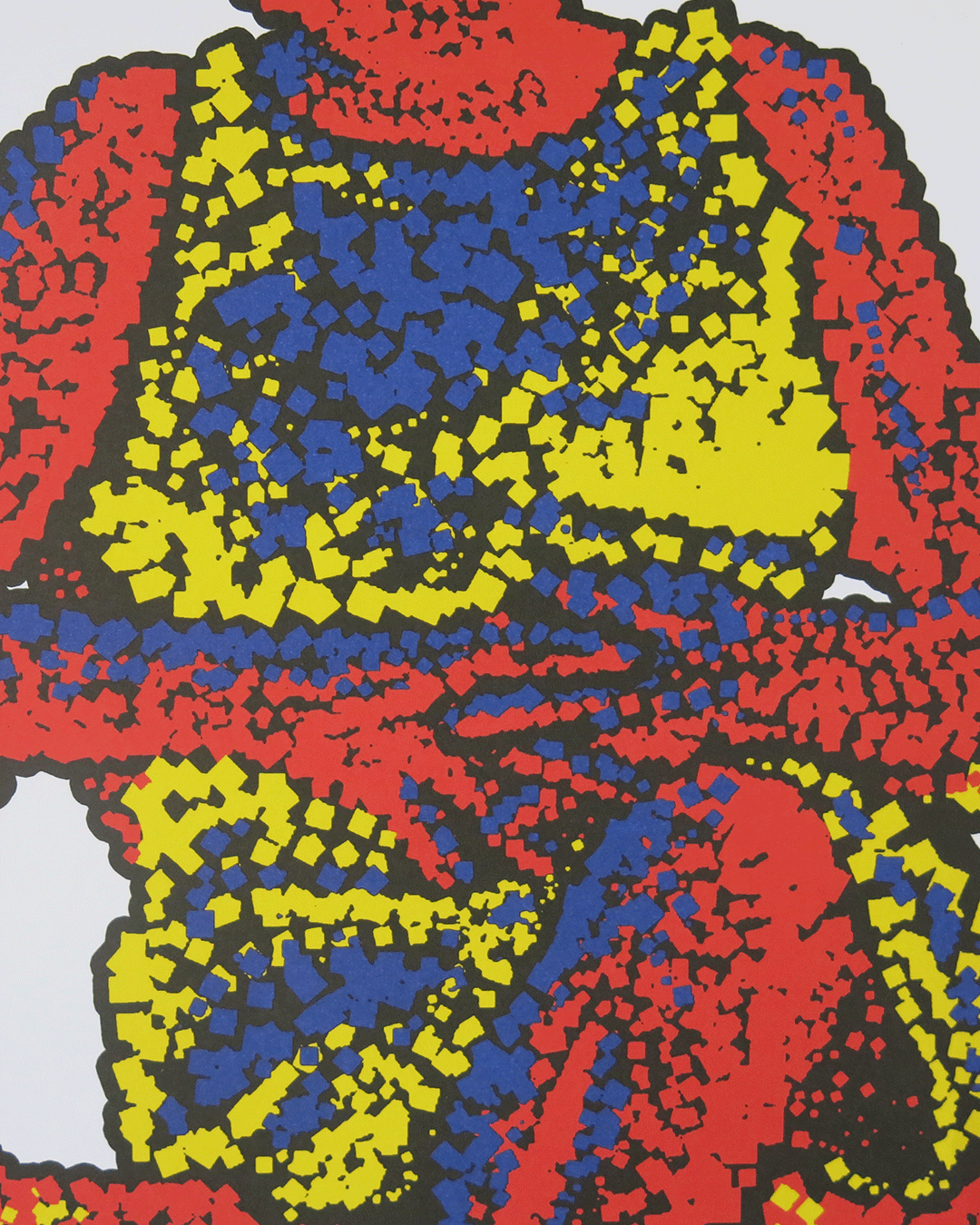 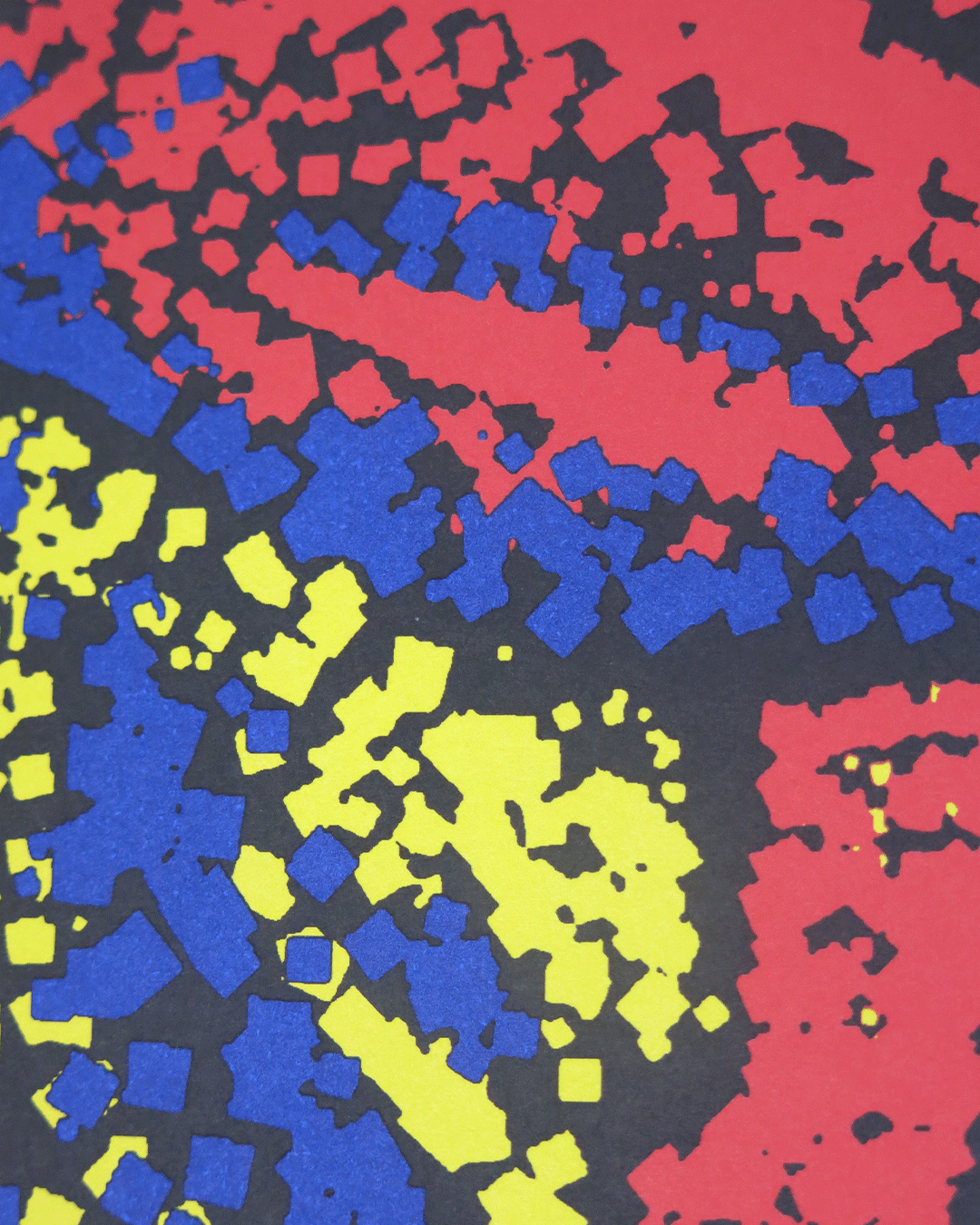 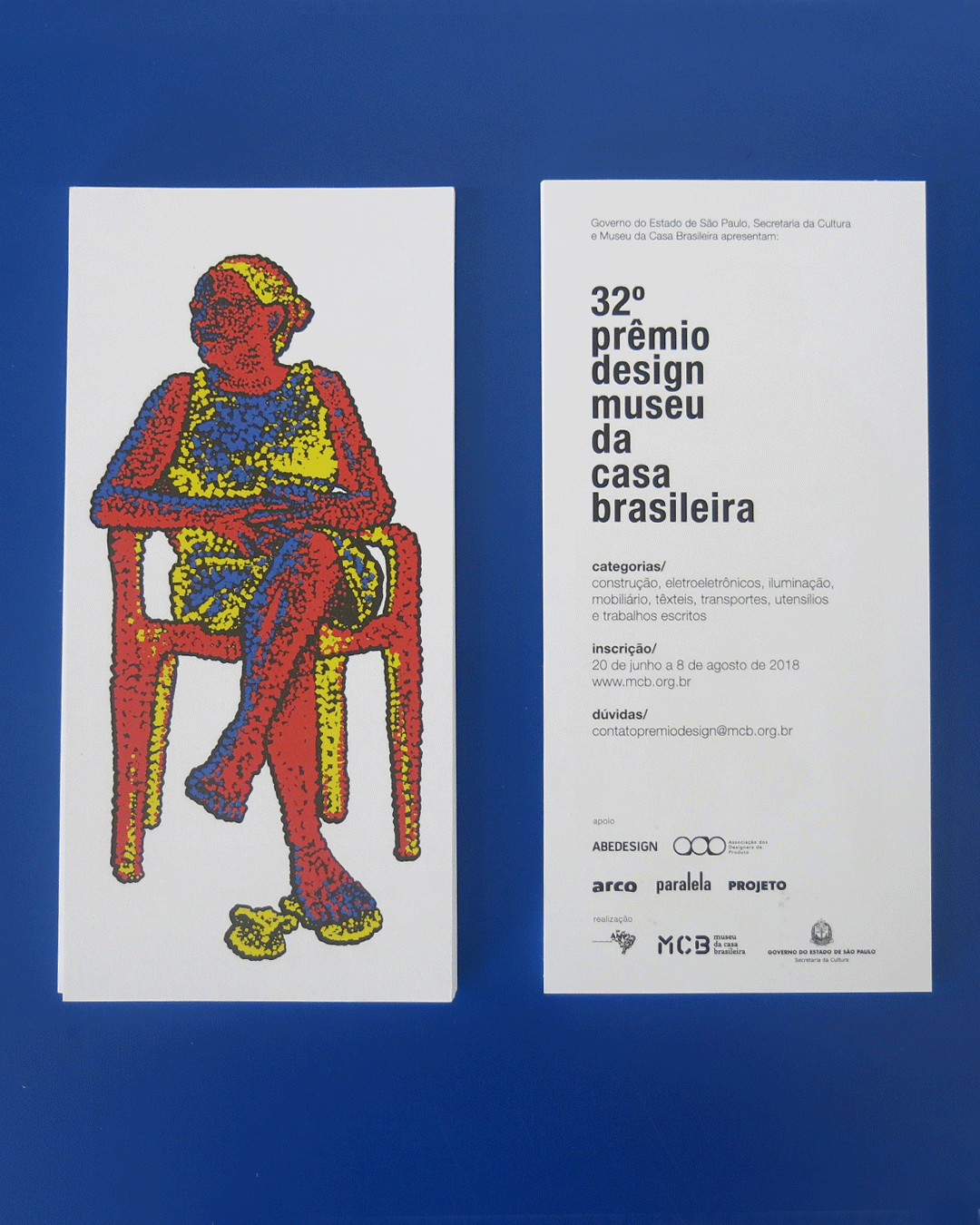 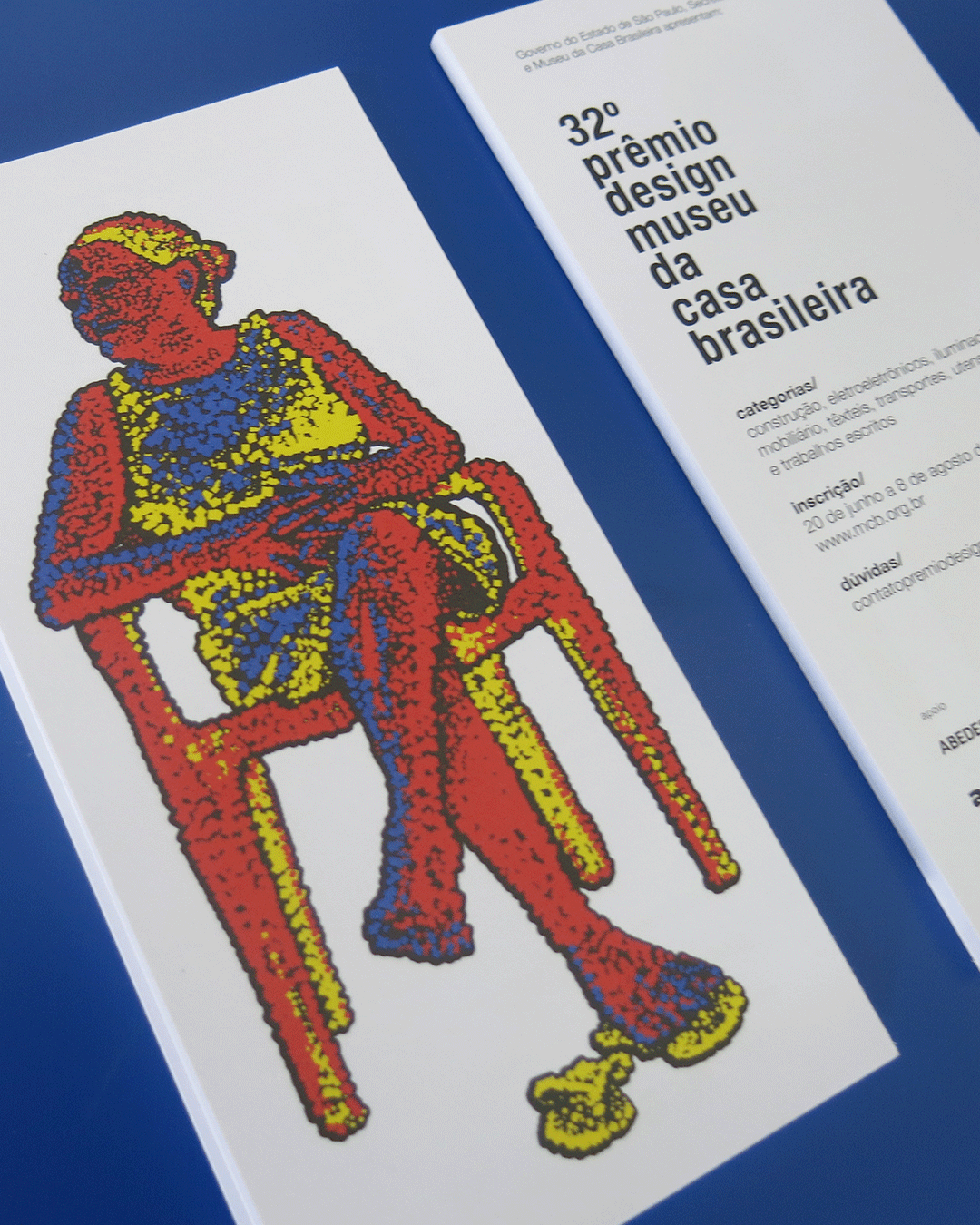 exhibition
in november 2018 the exhibition of the edition took place showing all the selected works of the year, from furniture, electronics, construction to written works. the visual identity was also applied to the expography through the use of the illustration, the colors, the3 modules and the typography. 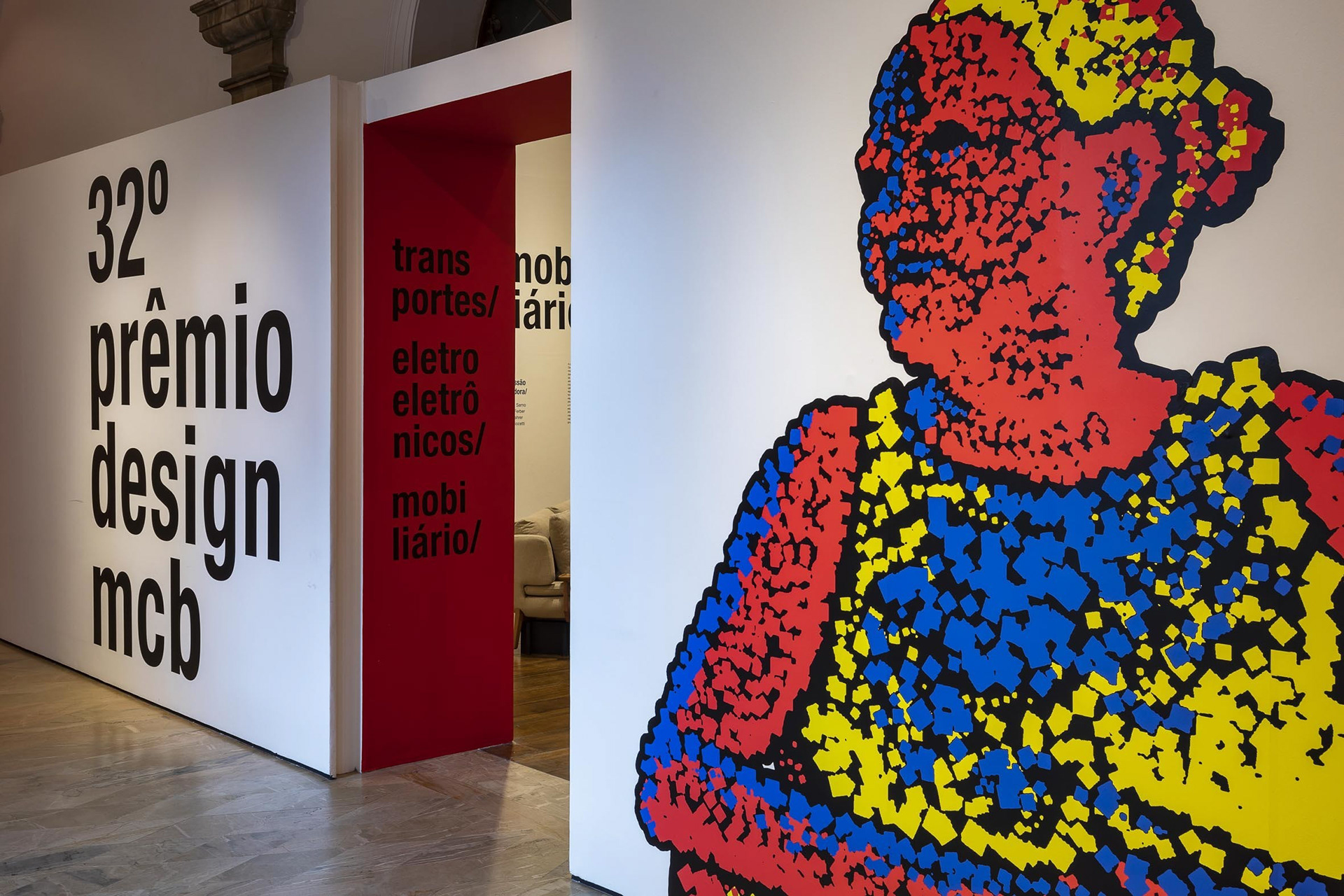 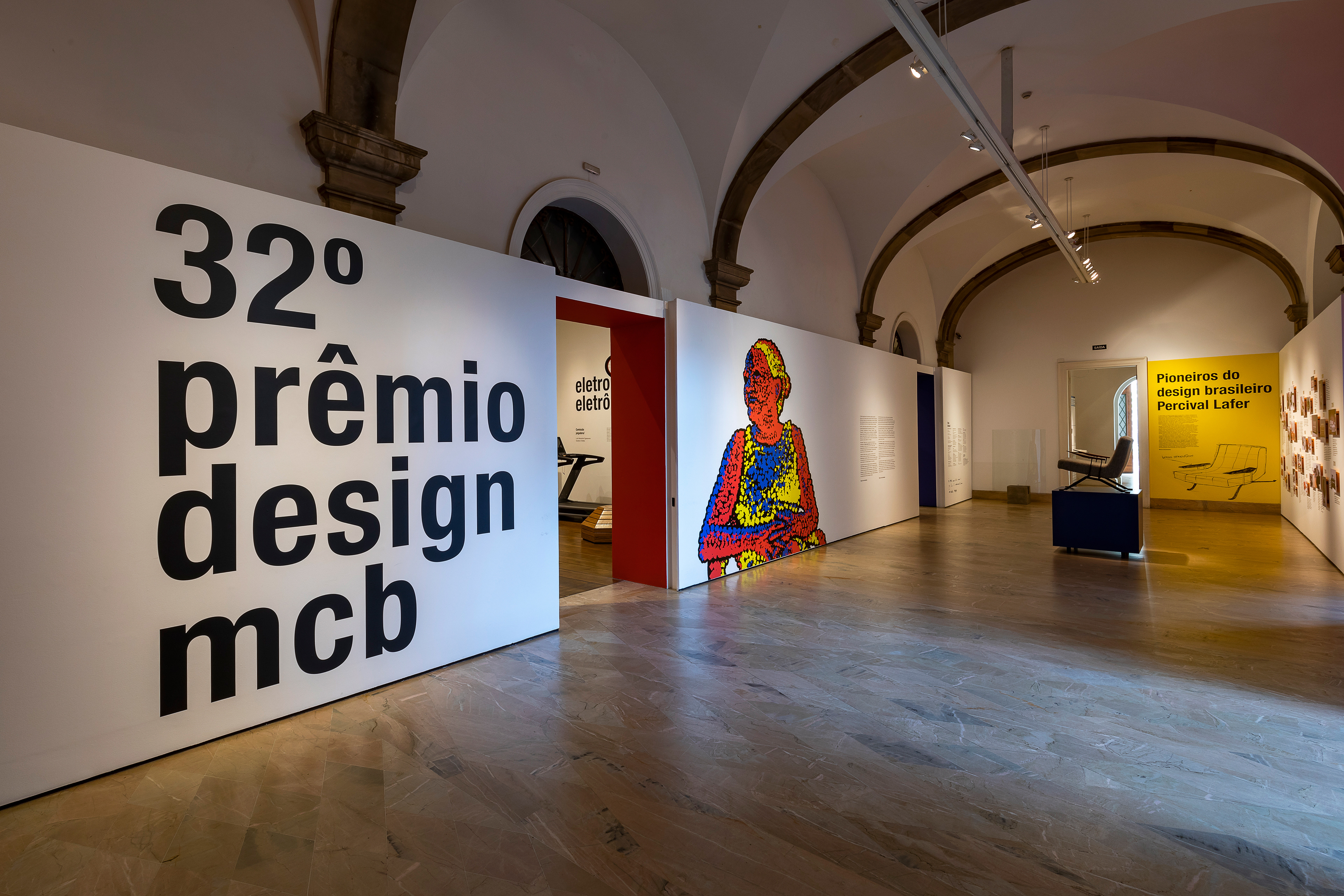 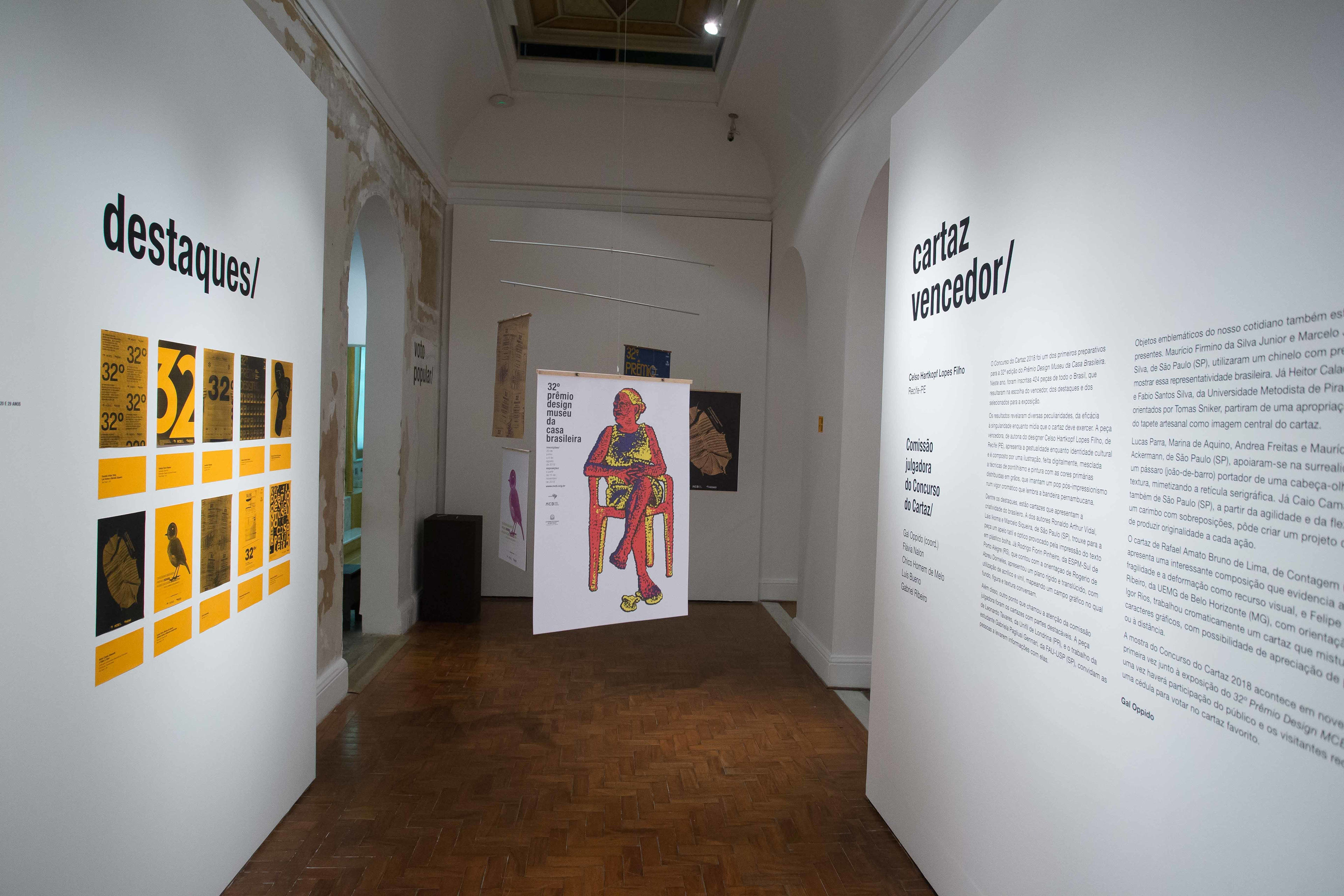 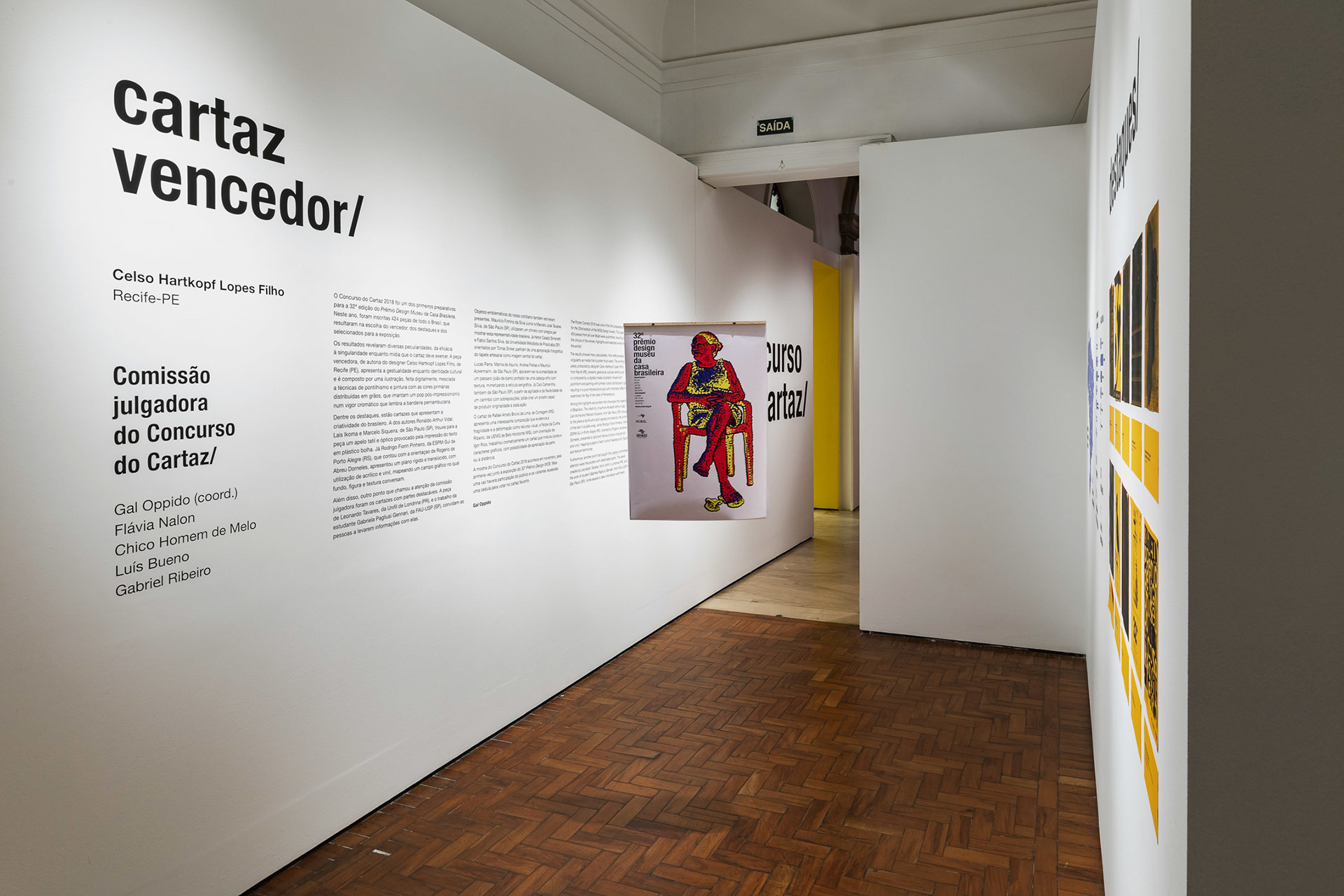 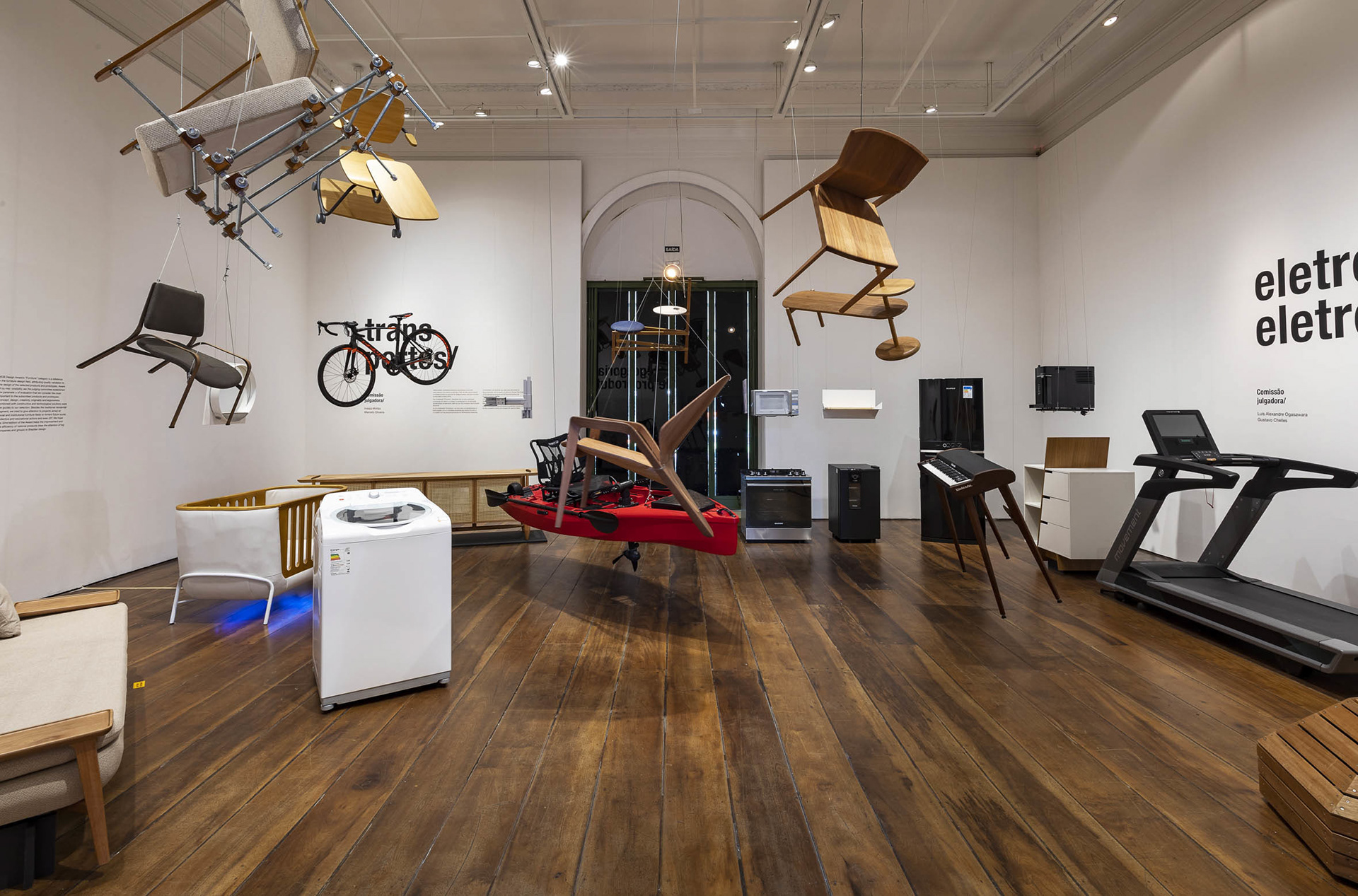 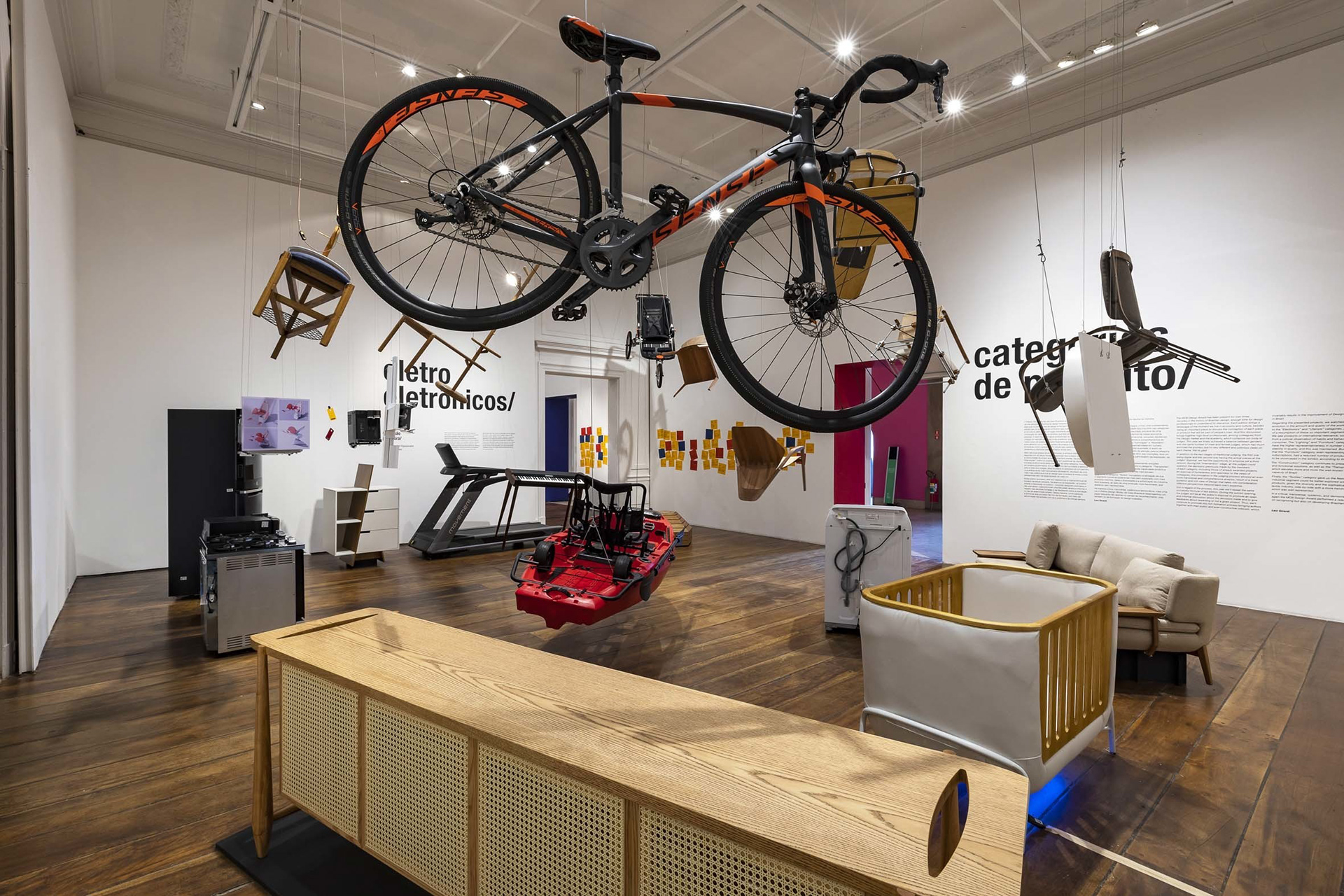 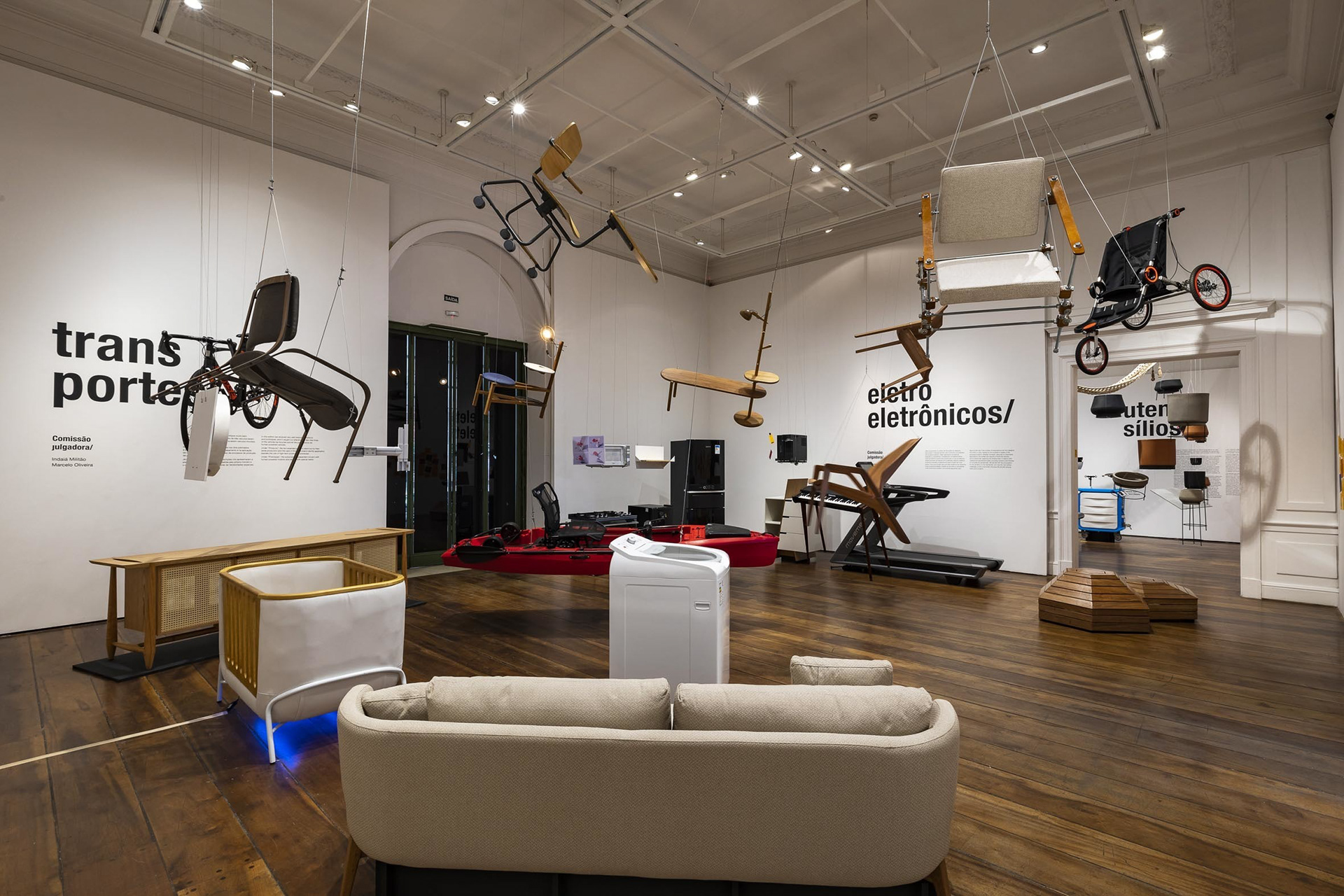 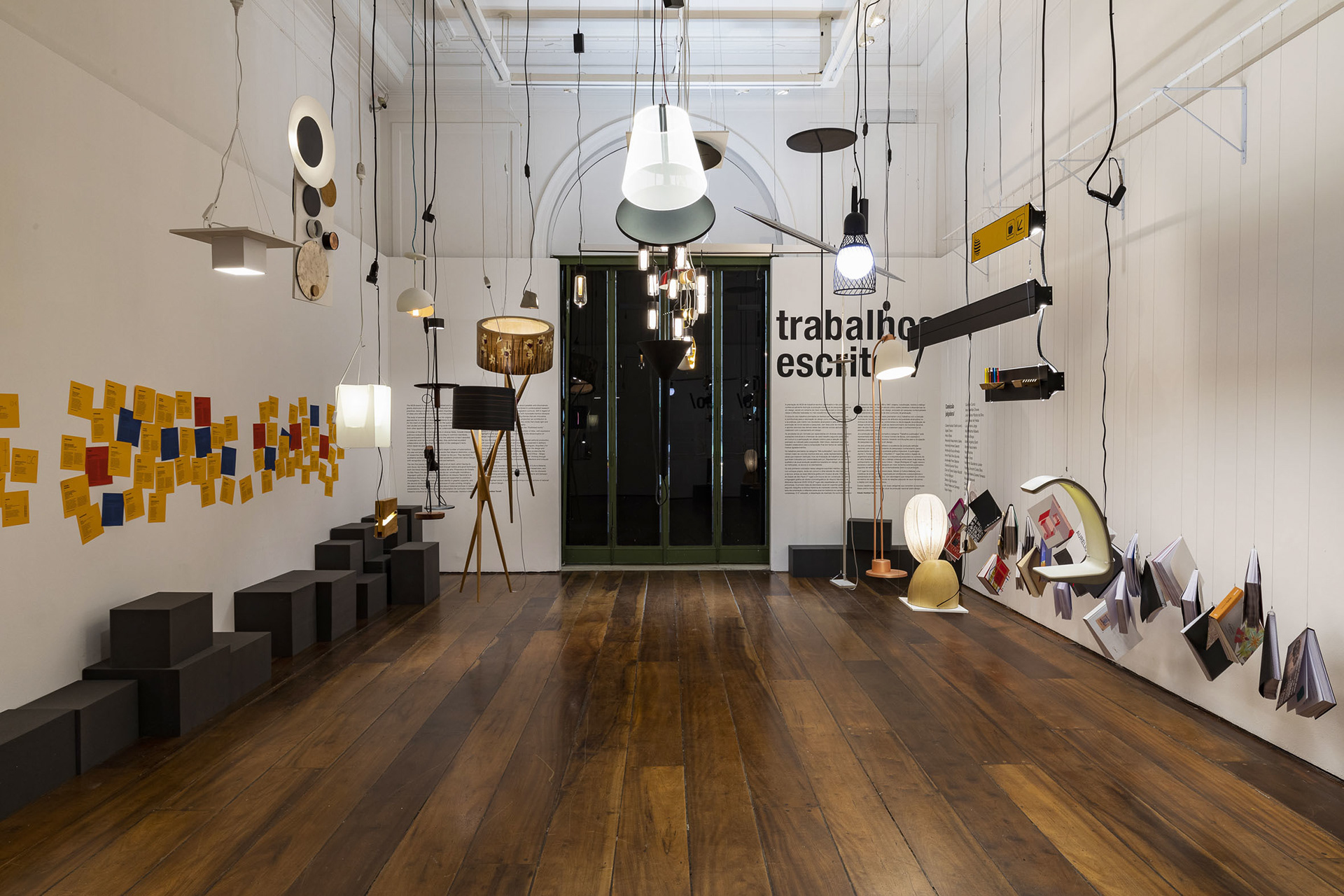 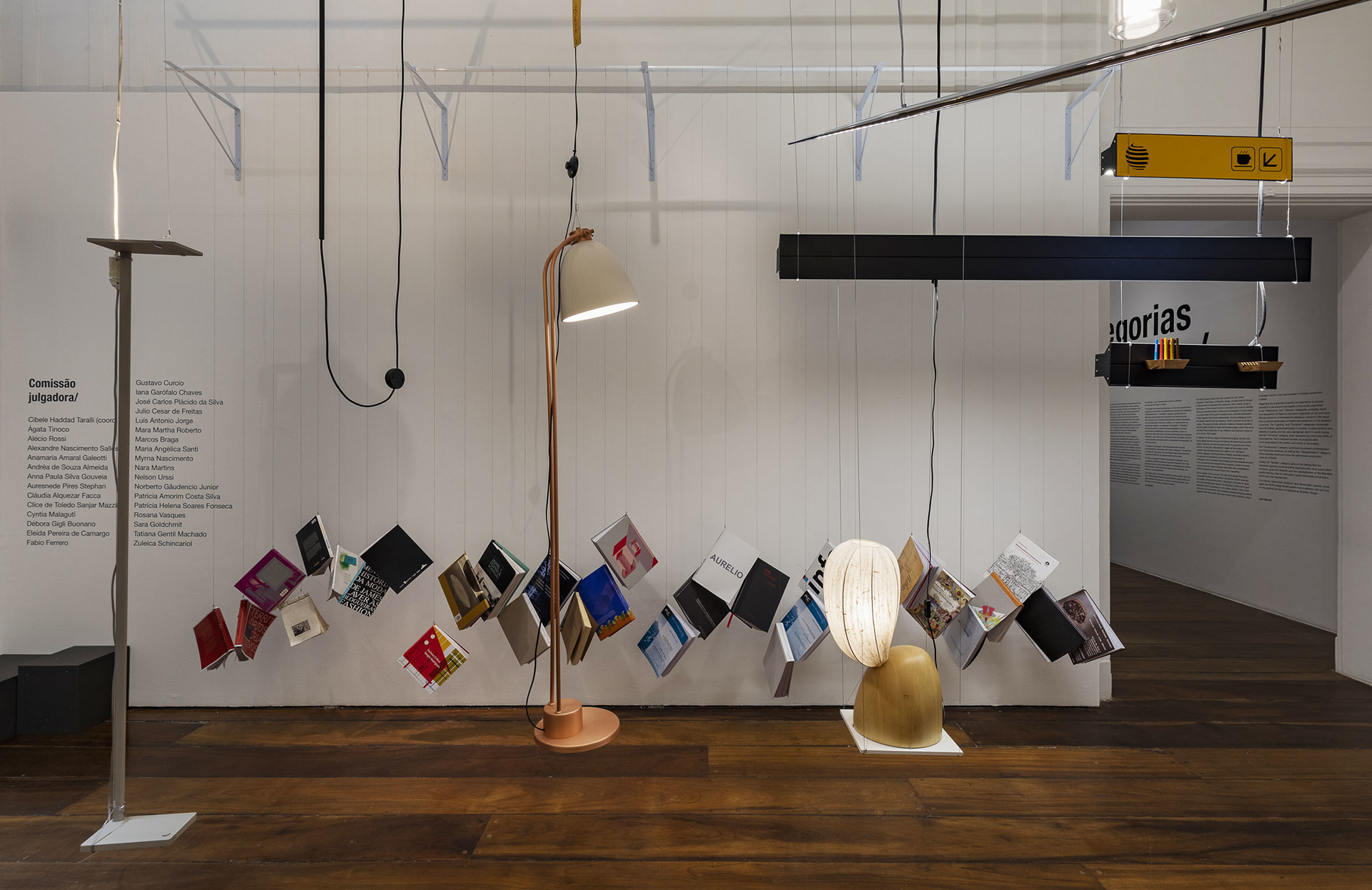 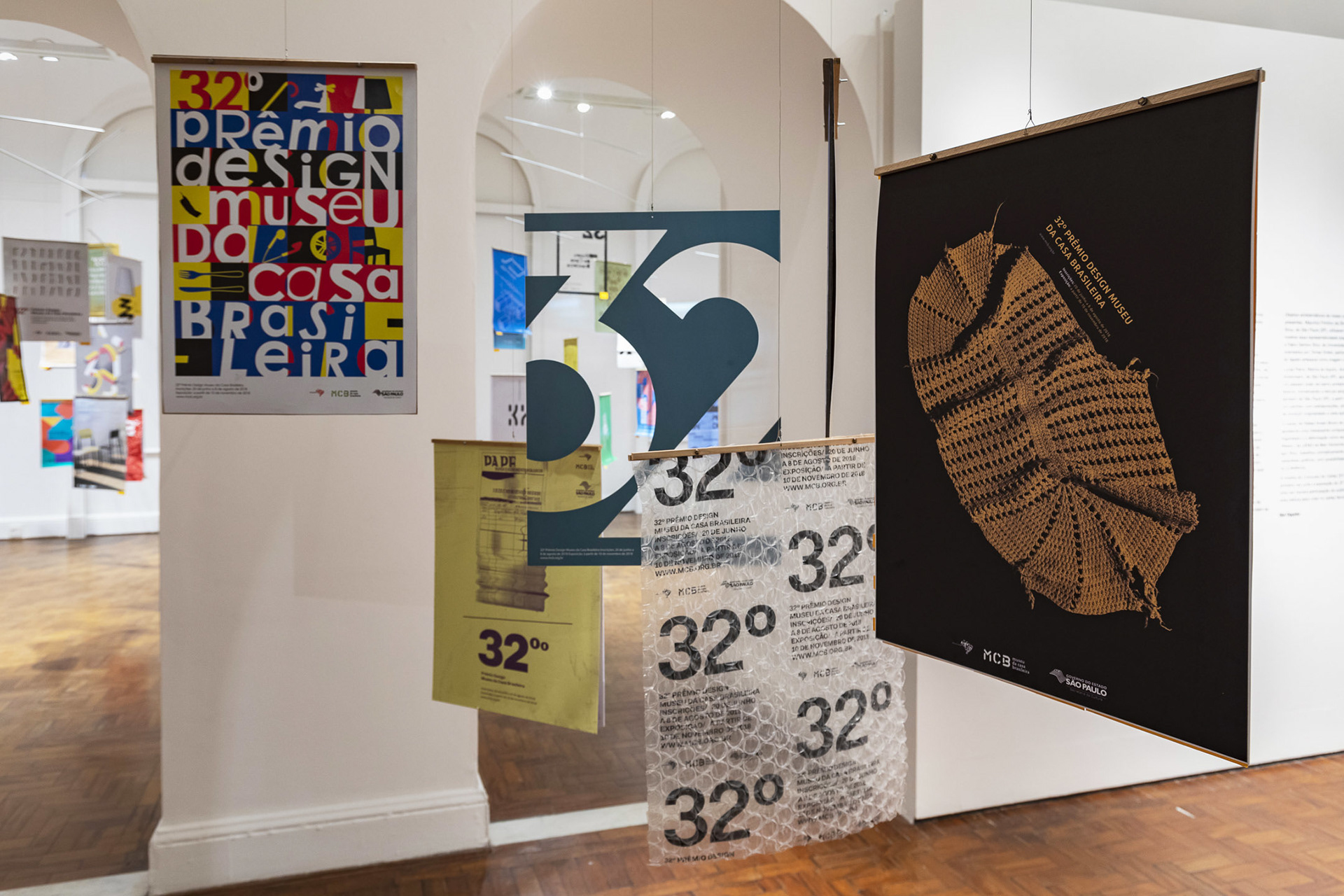 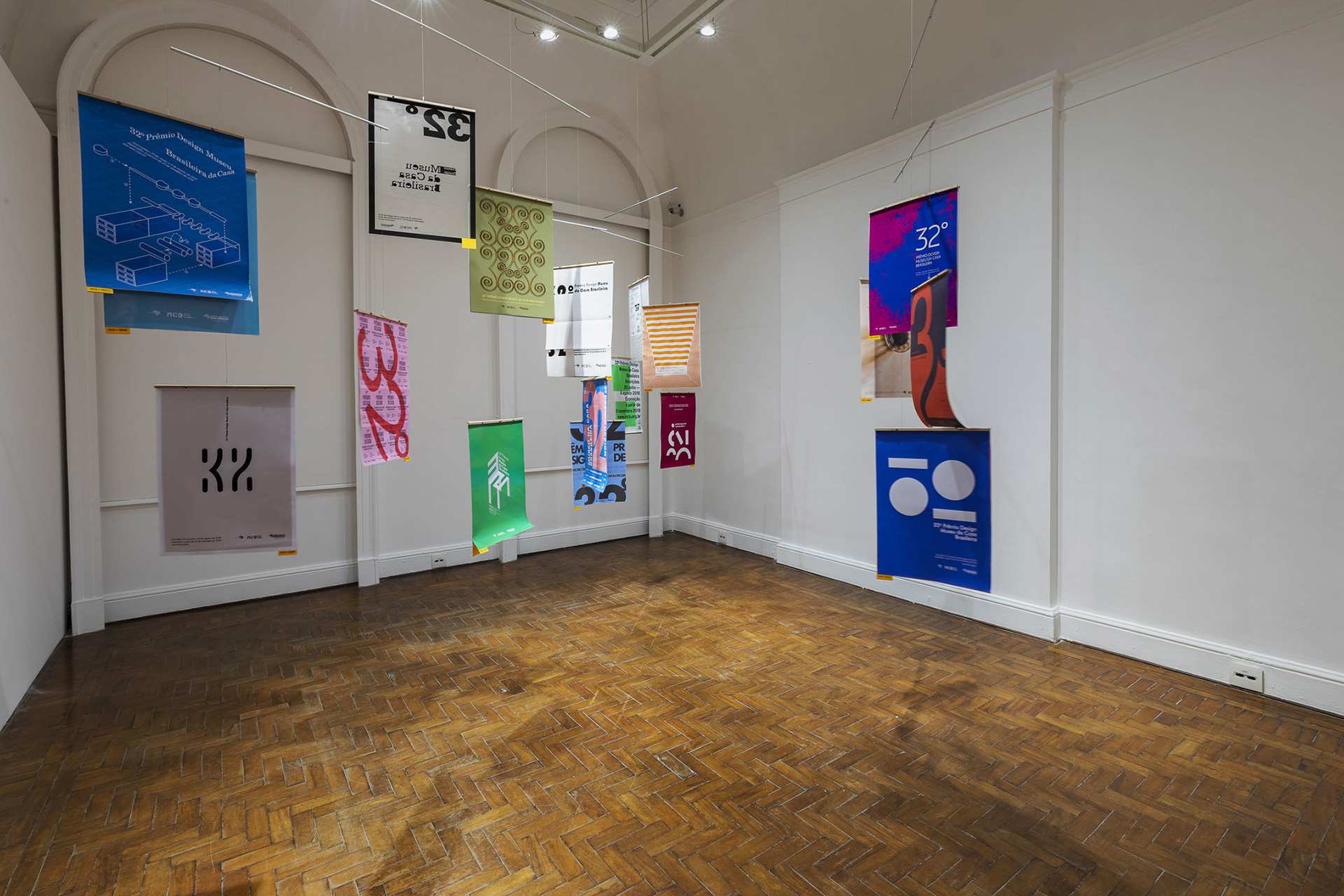 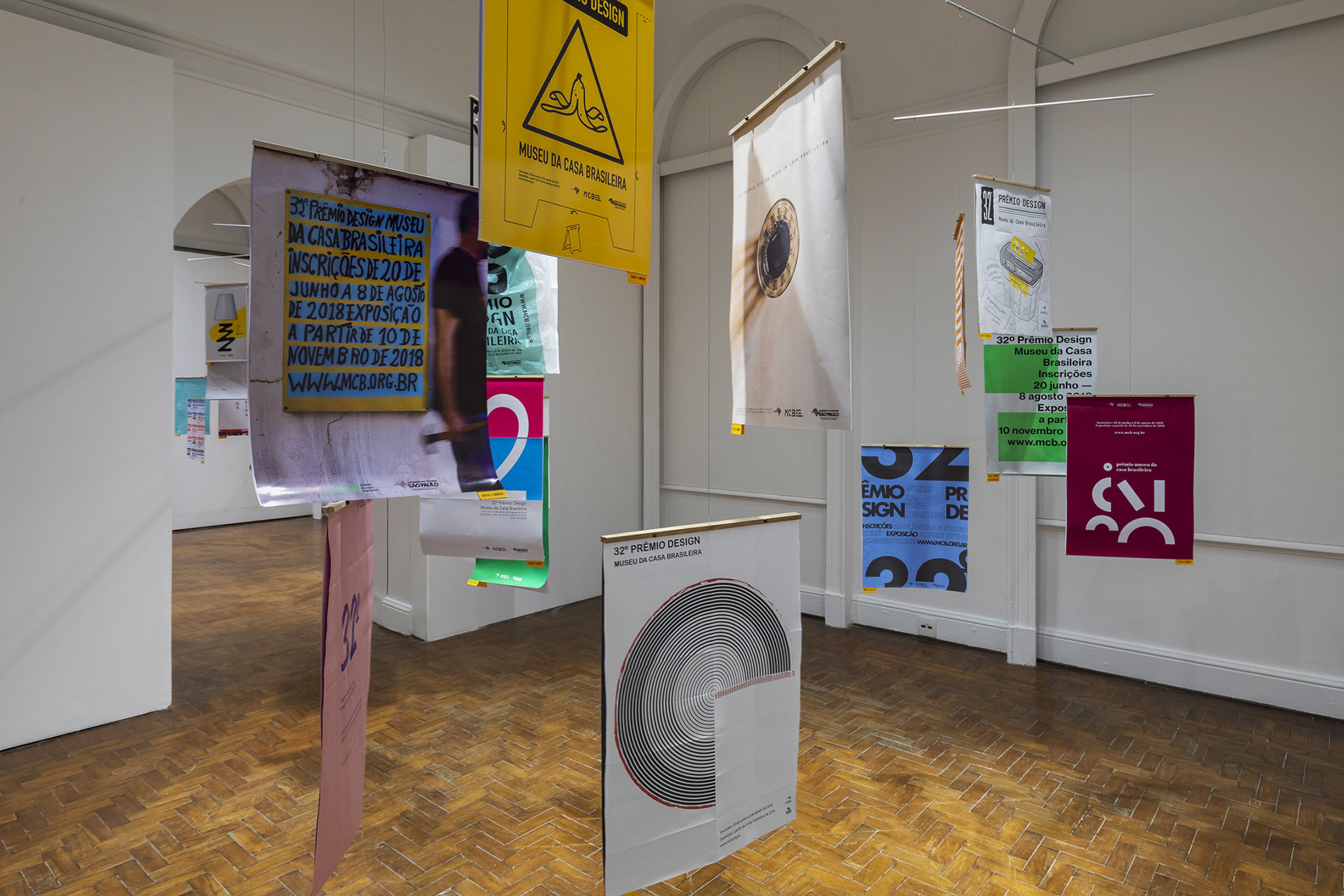 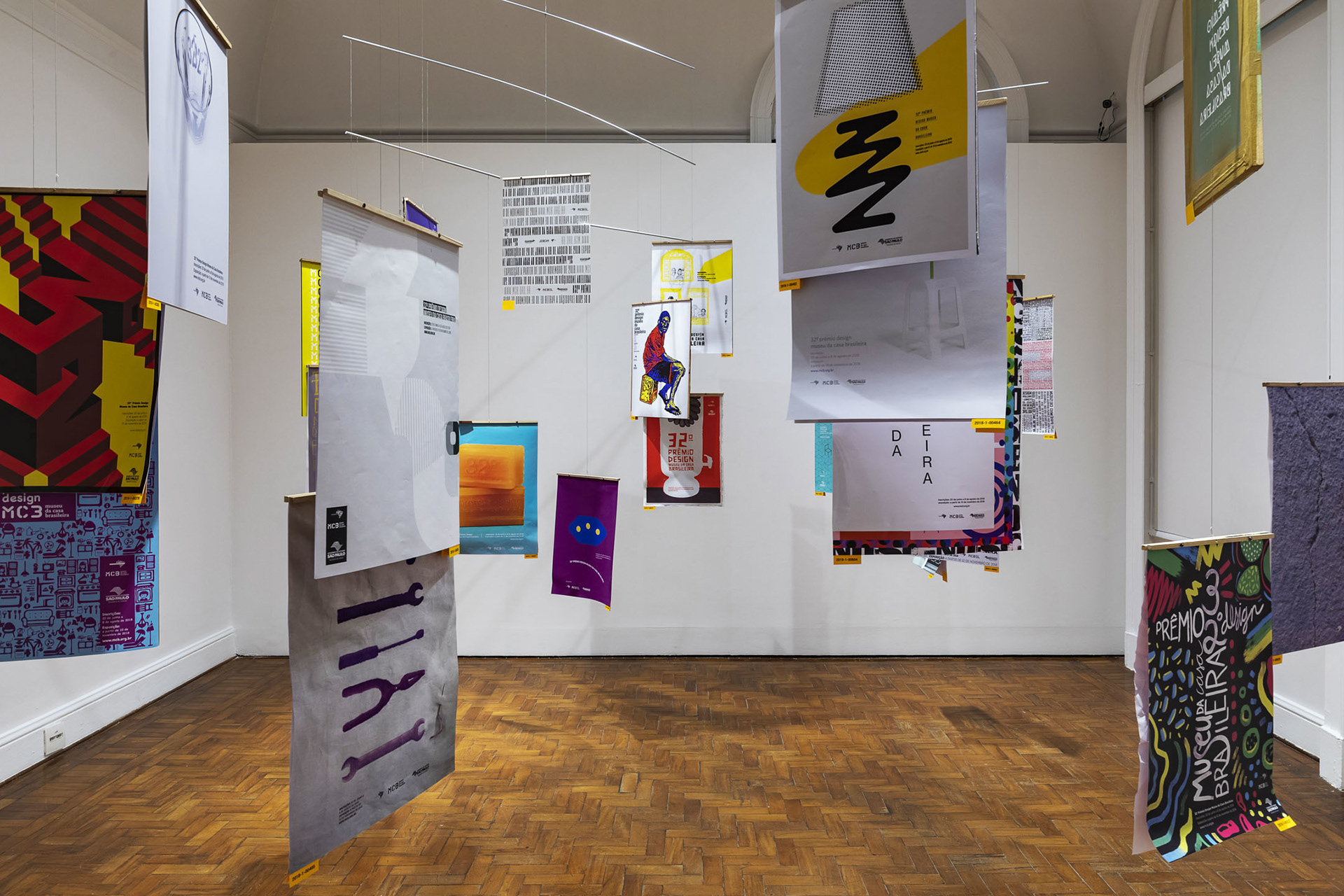 post event
the next year I had the joy to be invited to be part of the judging committee and collaborate once again with the MCB and four other brazilian designers in the selection of the winning poster of 2019. this year the committee was coordinated by Gustavo Piqueira, and composed by me, Tereza Betinarrdi, Vanessa Queiroz and Gil Tokio. 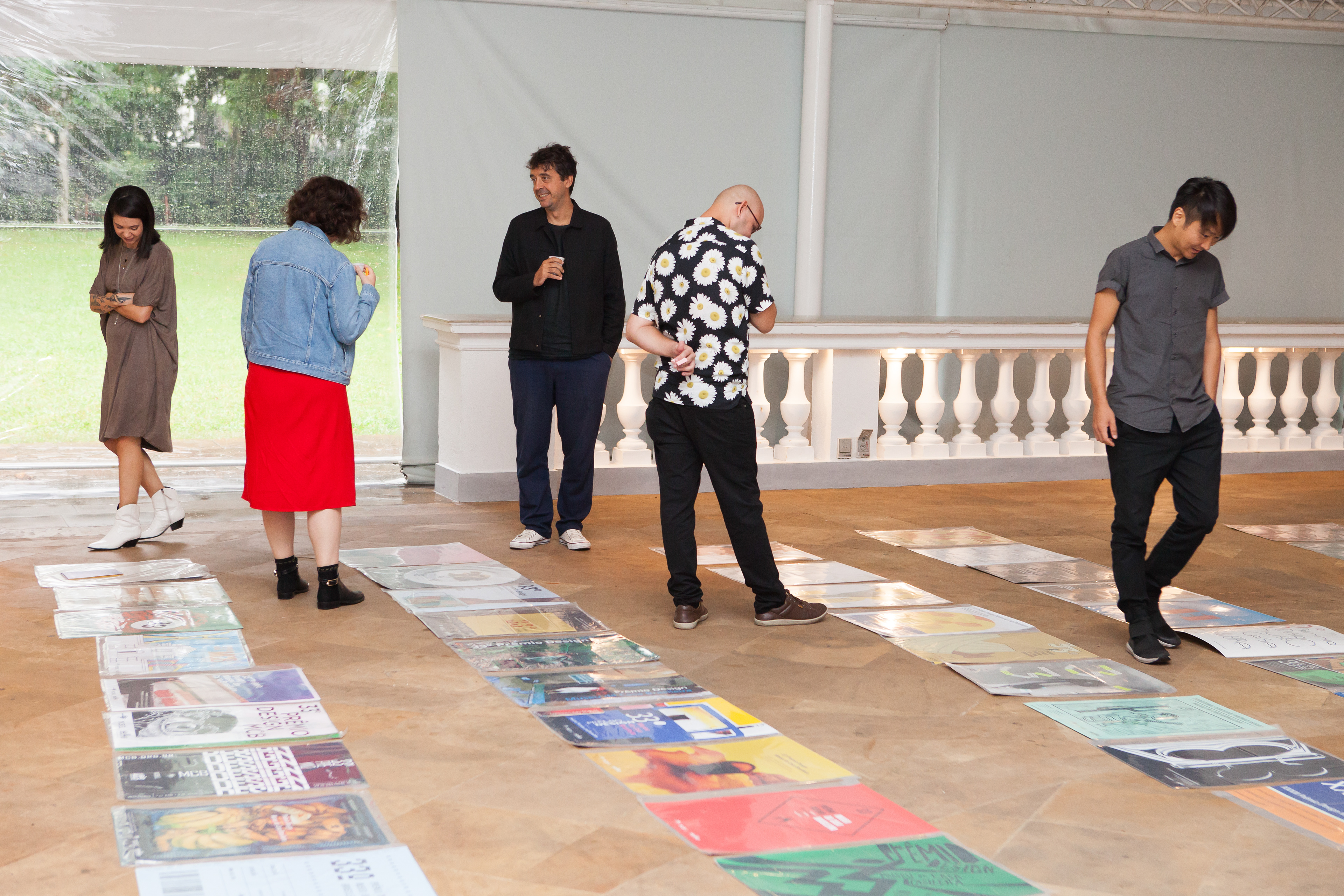 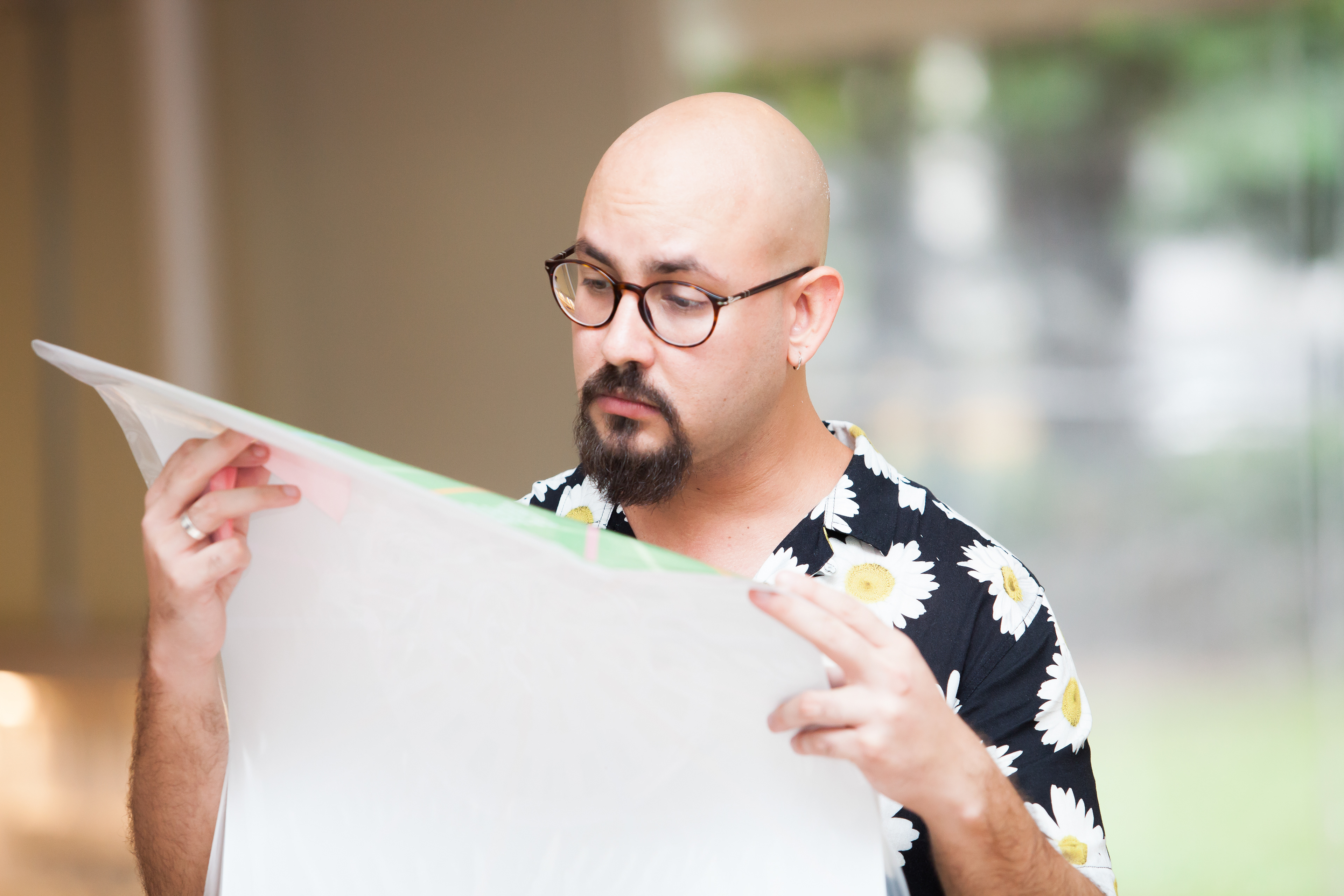 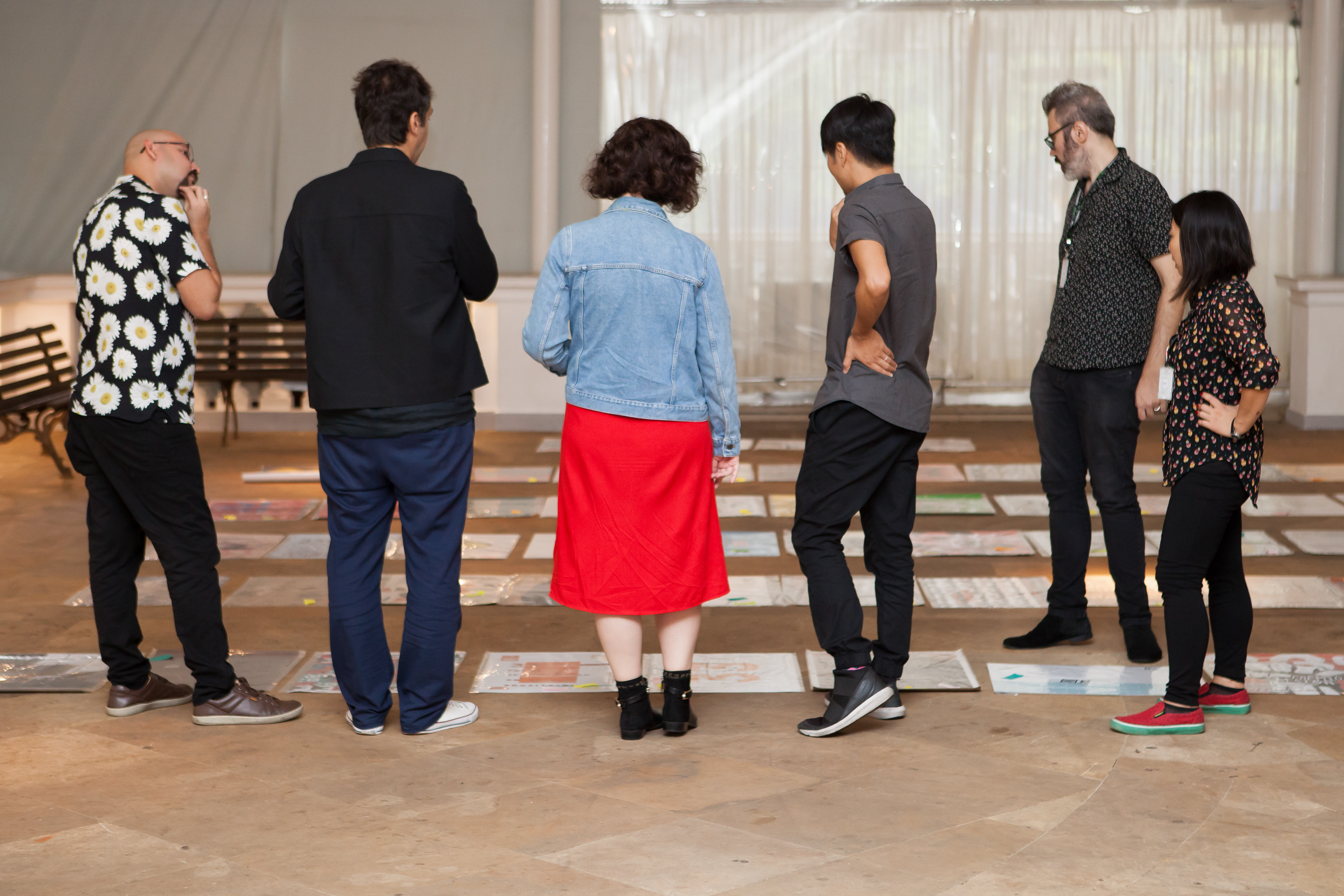 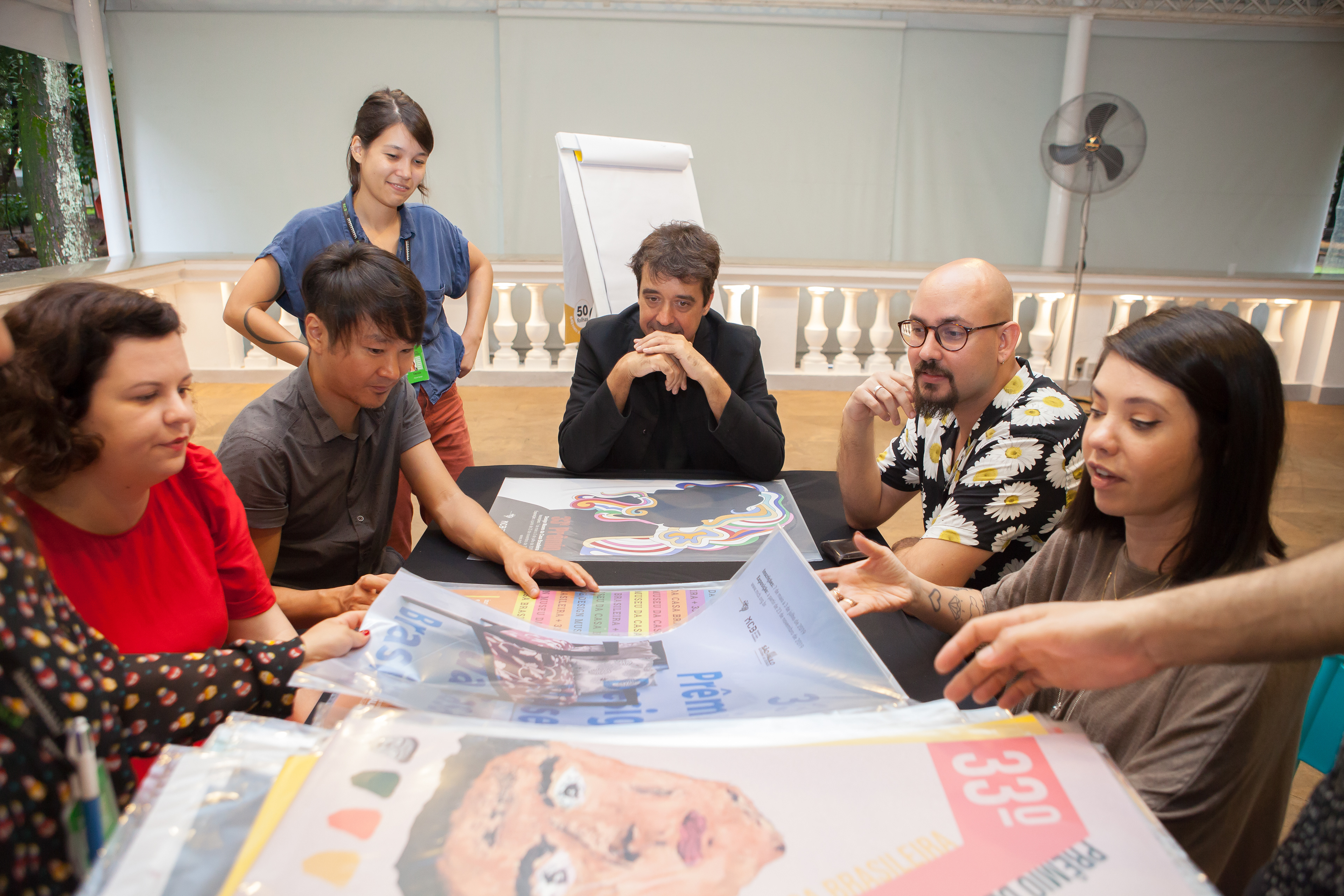 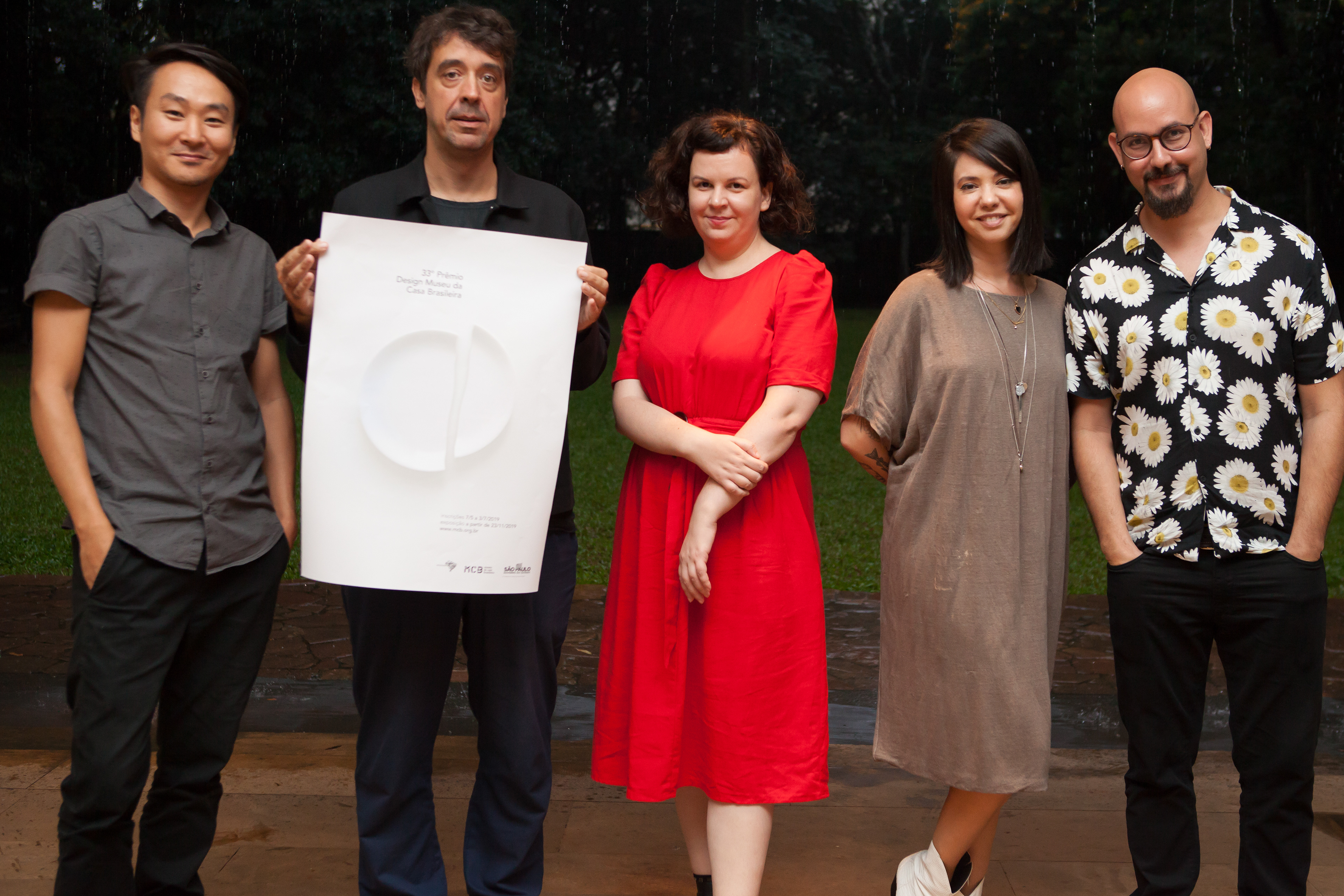